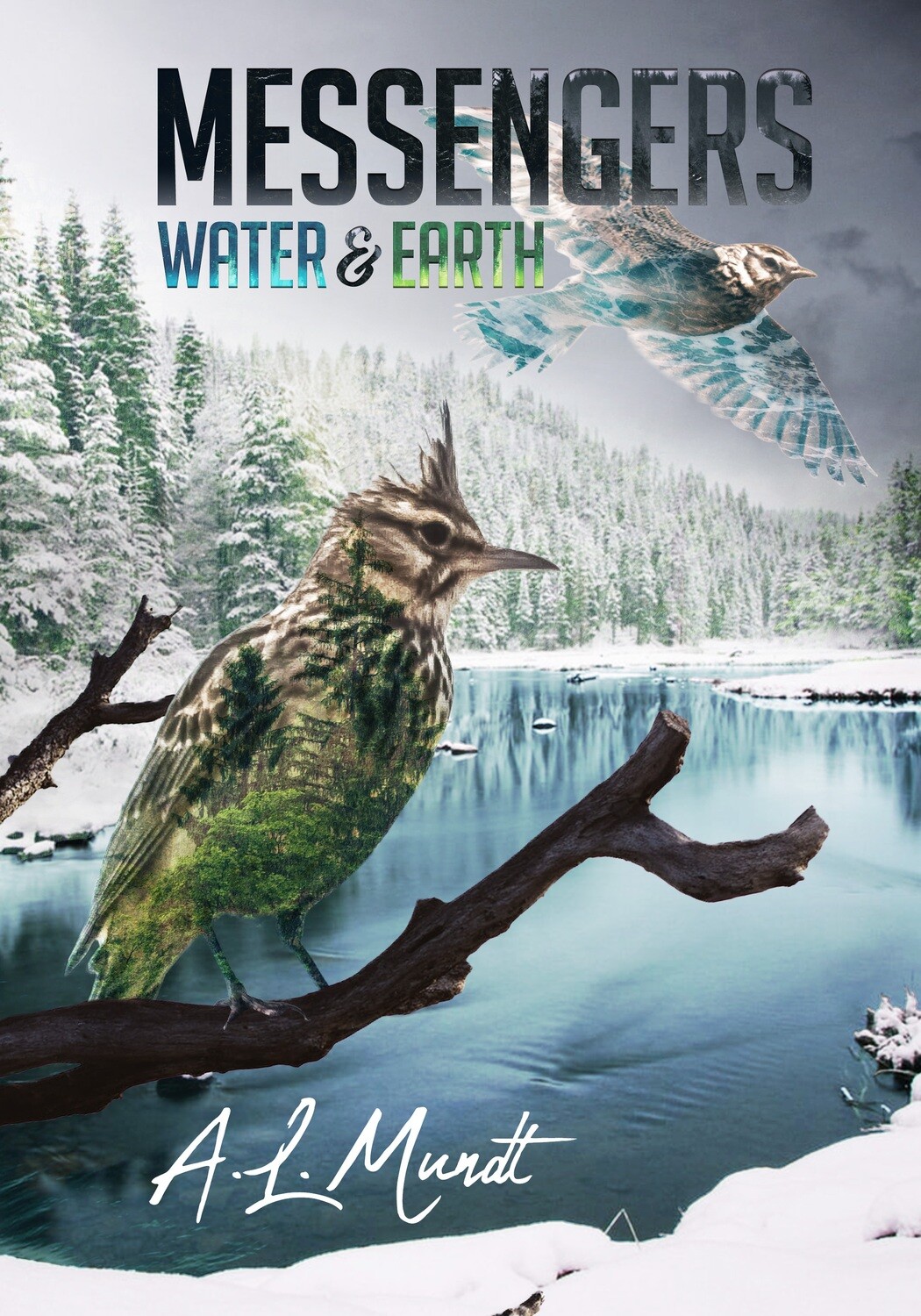 Water & Earth: Book 1 of the Messengers Trilogy by A.L. Mundt

In A.L. Mundt's first novel, Water & Earth, Book 1 of the Messengers Trilogy, readers will go on an adventure with siblings, Majest and Aletta Skylark in this epic post-apocalyptic YA fantasy as they combat the northern wilderness and the demons within it to find peace for their land before all is lost.

“Unique world-building coupled with an exciting story make this YA novel hard to put down. A.L. Mundt is definitely an author to follow!”

Seventy-five years ago, the humming modern world began to suffocate under the watchful eyes of the gods, and the humans began to rip that world apart. Gods and demons arrived to intervene—the gods to rescue the people, the demons to fight the gods for the land. The destructive war between them blasted the planet beyond recognition.

Frozen and altered by a postwar blanket of supernatural energy, the world now accelerates and evolves in strange new ways. It must be rebuilt if humankind is to survive.

Siblings Majest and Aletta Skylark are the last hope of the god, Komi the Deliverer, to revive their world. He gifts them with elemental powers to become Messengers of peace and to confront the rising evils. When a dark new organization wages war against paranormal abilities, the Skylarks become reluctant runaways in the danger-riddled northern wilderness. All the while, they are hunted by assassins and demons, who often wear the faces of friends. Majest and Aletta must do everything they can to defeat their enemies and prove to the people of the land, as well as their gods, that war does not have to pave the path to peace. But what will they have to sacrifice to succeed?

A.L. Mundt’s love for the sublime in the northern wilderness fuels the Messengers trilogy, as well as her day-to-day adventures. Water & Earth is her first novel. She lives with her family in Wisconsin. You can find her at @ALMundt on Facebook and @AuthorALMundt on Twitter, or visit her website at http://ALMundt.com.

“Unique world-building coupled with an exciting story make this YA novel hard to put down. It has something for everyone. A.L. Mundt is definitely an author to follow!”

“Water& Earth is a non-stop fantasy adventure beginning in the prologue and continuing into the realms of magic and possibility. Fascinating characters with super-human abilities in tandem with the elements of the earth!”

“A.L. Mundt puts you in a post-apocalyptic winter wasteland on a very changed world. Humanity is barely holding on. Gods and demons use what’s left in a war for control, and one family is torn apart by these forces.”